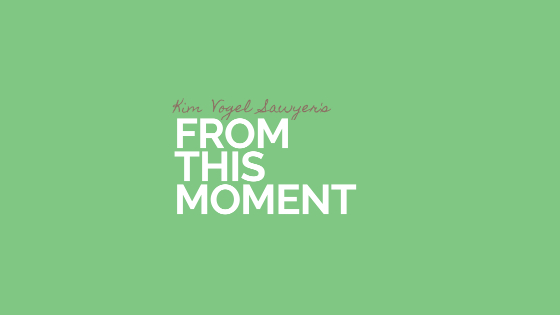 From This Moment is the first book I’ve read by Kim Vogel Sawyer. The blurb caught my attention and I wanted to read it right away.

A lost ring brings together two wounded souls–a youth minister haunted by the past and a spunky church custodian–in this heartwarming romance from the bestselling author of The Librarian of Boone’s Hollow.

Growing up in the foster care system, Jase Edgar always dreamed of one day starting his own family. But his fiancée’s untimely death shattered his plans. Moving to Kansas and serving as a youth minister should be a fresh start, but he can’t seem to set aside his doubts about God’s goodness long enough to embrace his new life.

Newly-appointed church custodian, Lori Fowler is battling her own challenges. Her strained relationship with her father and her struggles with overeating convince her she’s not worthy enough for love. When an Amish weaver enlists their help locating the owner of a ring found among the donated clothing she uses as fabric, Jase and Lori find themselves drawn to each other. But will they be able to release the past and move forward from this moment into a joyful future?

This is essentially a story of wrestling with spiritual issues and healing from childhood trauma. Jase, a youth pastor struggles to walk the talk as he works with young people in the new community church he has moved to. Lori, the newly appointed church custodian fights her demons – a terrible relationship with her father that results in her having a very poor self image. Their friend, Kenzie, having left her Amish community and doing fabulously as a weaver, is feeling the draw to go back to her family and share her conversion story. The senior Pastor whose health issues are getting worse, but he doesn’t want to tell his wife that he needs to change his diet as he fears she might see it as a rejection of her cooking!

All these characters form the cast of a sweet story of hope and grace and finding redemption in God and community.

Award-winning, bestselling author Kim Vogel Sawyer told her kindergarten teacher that someday people would check out her book in the library. The little-girl dream came true in 2006 with the release of Waiting for Summer’s Return. Kim’s titles now exceed 1.5 million copies and are available in six different languages. A former elementary school teacher, she now enjoys a full-time writing and speaking ministry. Kim’s passion lies in writing stories that point the reader to a deeper, more intimate relationship with God. When Kim isn’t writing, you’ll find her traveling with her retired military hubby, spoiling her grand darlings, petting the cats, quilting, or–as time allows–participating in community theater. You can learn more about Kim’s writing at her website, KimVogelSawyer.com. Connect with her on Twitter.

I’m grateful to the publisher WaterBrook & Multnomah for an ARC of the book in return for an honest review..