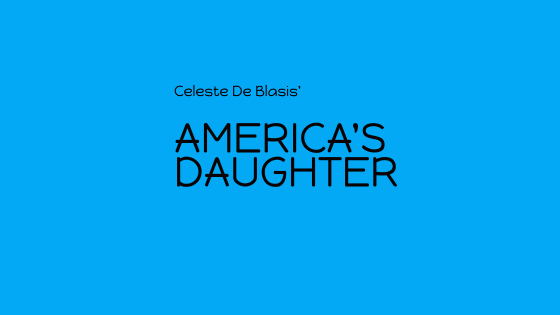 I enjoyed reading Celeste De Blasis’ Wild Swan Trilogy and have reviewed A Wild Heart and A Wild Legacy here. I’m happy to have the chance to read another trilogy by her – America’s Daughter Trilogy. This is book 1 of the trilogy.

With Washington’s army, she joined America’s fight for independence…

1773. The night that Addie Valencourt sneaks out to witness the Boston Tea Party, she knows that her world is about to change forever. Soon, the love and security of her tight-knit family is torn apart by the fight for American independence.

When the British lay siege to Boston, Addie’s English-born father welcomes them into his home, while her childhood sweetheart Silas leaves to join General Washington. Addie is determined to follow him when she meets Scottish Highlander John Traverne. The frowning, dark-haired soldier is unlike anyone she has ever known, and he interests her more than he should. But any future with a man on the opposite side of this fight is impossible…

As the bitter war continues, Addie’s life becomes increasingly bound with the fate of America. When Silas is captured by the British, she risks all to search for him, but venturing into enemy territory brings her face to face with her Highlander again. Now Addie must make an impossible choice between what her heart is telling her, and protecting the secrets—and even the very lives—of the Patriots on the dangerous front line…

The first part of an epic, emotional and heartbreaking trilogy about a woman caught in the struggle for a new America. Readers who love My Dear Hamilton and Flight of the Sparrow will be swept away by America’s Daughter.

The story begins in 1773 in Boston and deals with the unrest between the American Colonists and the British, and is essentially the story of Addie Valencourt’s growing from a young girl and blossoming into a woman. Addie, her brothers and her childhood sweetheart, Silas, are on the side of the Patriots while her father is Tory and believes that the British have a right to rule America. When she witnesses the Boston Tea Party, she realizes that soon life will never be the same for her family.

Shortly afterwards, Boston is seized by the British and Addie’s brothers and Silas go to join the militia movement and she is forced to let her father know that they are on opposite ends of this situation. While Addie is fiercely patriotic, her love for her family keeps her continuing to support her father and take on the role of tutor to Sarah, her brother Justin’s wife.

There was so much of drama and historical detail in the book that one felt transported to that time.

Addie’s love of country, compassionate nature and deep love for her family makes her a wonderful heroine. But all the other characters too with their strengths and weakness were etched very well. Even Addie’s father, who was aligned to the British comes across as a man who loves his family deeply and is fair to all his children. The conversations and the interactions are very relatable too.

I found this first book in the trilogy absolutely captivating and will be looking forward to reading the next two.

Millions of readers have fallen under the spell of the lush, enthralling and bestselling novels by Celeste De Blasis. Tales of adventure and romance set against the sweep of history—all are storytelling at its finest. After graduating from Pomona College, Celeste devoted her life to impeccable research and spellbinding writing. A native Californian, Celeste grew up on the historic Kemper Campbell Ranch in the Mojave Desert, where she lived until her death in 2001.

Read what other reviewers are saying about the book

Thanks to Bookouture and to NetGalley for this ARC for review. This is my honest opinion.